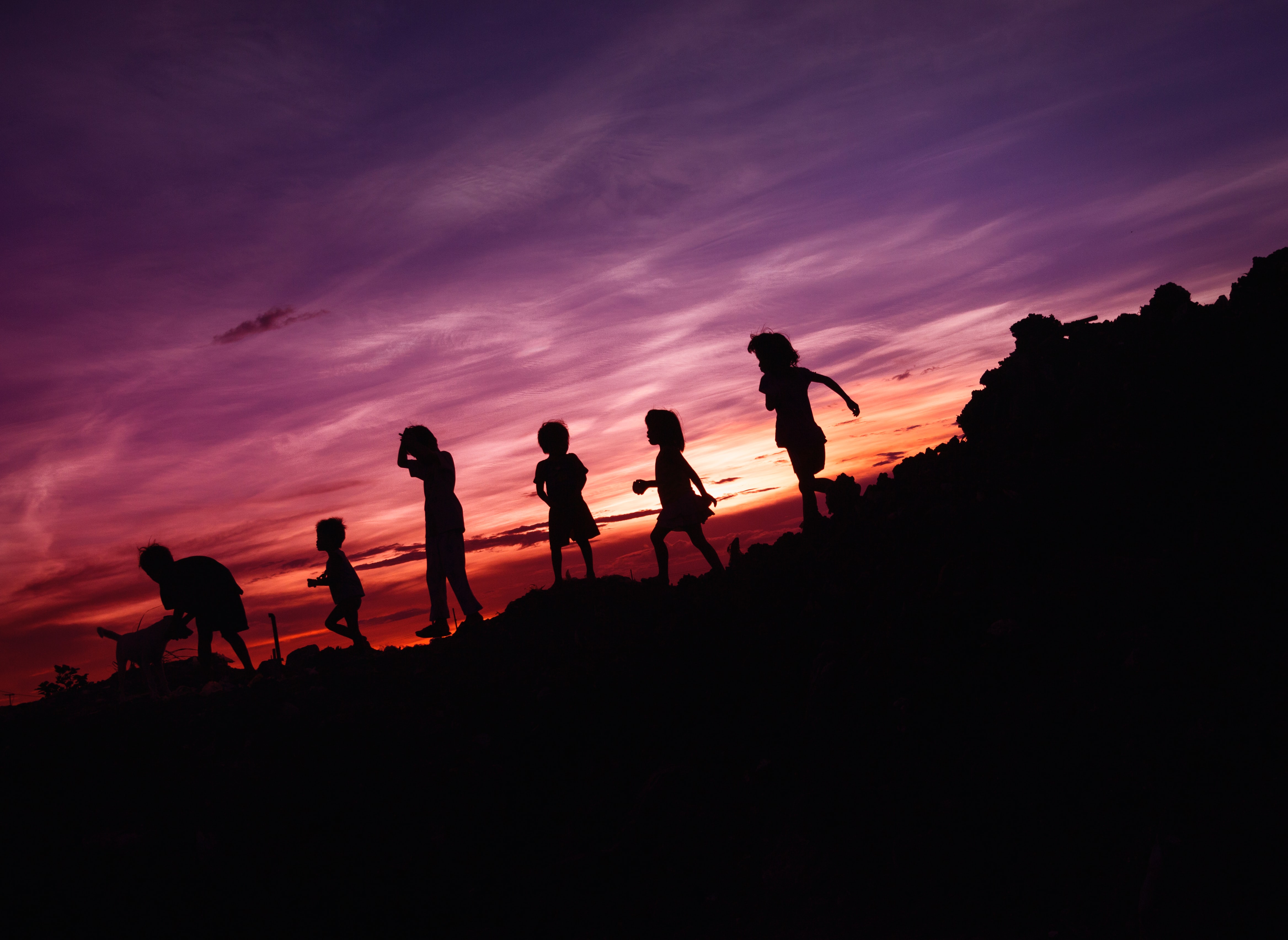 More than once I’ve had people ask me if it’s wise to use the words heroes and genius in association with children. What is the justification for using such powerful language in the context of some snotty, undeveloped youngsters?

A recent quote verbatim: “Is it a good idea to be calling kids geniuses?”

Having been the second time in a couple of days that I had been asked such a question, it has driven me to write this reply in order to dignify such an inquiry.

The question has arisen in relation to The Genius Tree, the project I’m currently developing whose strapline reads “Where Heroes Grow”.

The Hero’s Journey has also been referred to as the Monomyth by the man most known for its popularisation, Joseph Campbell. After many years of analysing myths from all over the world, he realised that most contain the same core elements which plot the journey of a central character through any given narrative landscape. The fundamental basis of the hero’s journey can be found in our most cherished fables including notable favourites such as Star Wars, The Lord of the Rings and The Hobbit.

The Will to Meaning

One of the problems of contemporary culture is a gradual decline towards nihilism. Since the “Death of God” famously postulated by Friedrich Nietzsche, mankind has gradually been slipping towards a depressing cul-de-sac of meaninglessness. Many visionary intellectuals like Jordan B Peterson and Michael Meade have tried to draw attention to this worrying trend in an attempt to re-engage the masses with the importance of mythology. Likewise, in his seminal work “Man’s Search for Meaning”, Viktor Frankl highlighted what happens to people when they cease to have something to believe in. As religion has increasingly taken a back seat in contemporary culture, individuals have commonly become divorced from the heroic sense of purpose mythology so powerfully conveys.

That I should call on so many external authorities to assist in making my point reveals a note of defensiveness here, it is rare for me to mention so many other people in the course of writing an article and laying out an argument.

Don’t you think the world could do with more heroes?

Not in the sense of people trying to save each other… but saving themselves.

Saviour mentality is not a helpful characteristic in itself and this complex of trying to save others is something I have suffered from personally, it was the ruin of some of my early relationships and it generally sabotages the possibility of truly meeting people as equals.

However, being engrossed in our own heroic journey is one of the most valuable tools we can have, a device with which we can attribute meaning and purpose, crucial to establishing and maintaining our mental health. Only by having goals can we retain some sense of orientation and a means of evaluating our own development. This may seem like a strong assertion but we only have to think of people we know who seem depressed and consider the common traits they share. Are they not generally lacking in a sense of direction and a reason to live?

The hero’s journey advocates taking responsibility for our own lives while viewing our individuality in the context of a wider society. The protagonist on their journey invariably calls for help along the way in the form of mentors and the final destination always results in the delivery of a gift, hard-won through their efforts.

A society of heroes is what we need if humanity is going to survive, let alone thrive as our apparent potential truly suggests.

The word genius has been much maligned over the years, now taken as a social recognition attributed to only a special few, usually those who are seen to shape or reinforce the order of our societies. But the original meaning of the word was more akin to spirit… something which we are born with and must awaken to… lest it sour as a gift ungiven.

One of my great inspirations has spent many years digging around in this subject of genius and as he asserts in this video below:

“Each person is a genius at being themselves.”

The genie in the bottle, the spirit born to us bringing its own unique gift and style, came here in order to make some special contribution to the tapestry of life. This isn’t just a story. It’s the most deeply meaningful and empowering story we could ever tell ourselves. Not only that, it becomes all the more true, all the while we believe it. If we make it our central approach to life, everything becomes an adventure worthy of our engagement.

While other people lament their lack of opportunity or complain about the world at large, a hero engaged with their adventure prepares to take advantage of opportunities as they arise… which they inevitably do. There is no better narrative with which to live day by day, every failure encountered simply becomes an opportunity for growth and further improvement.

I have been aware of the work of Michael Meade and Joseph Campbell for many years and become deeply familiar with the hero’s journey. There is enormous significance in recognising our innate genius as a vital part of developing a strong and resilient character. To learn to love ourselves effectively, we must first see that we have something valuable inside us, a priceless treasure to share.

There’s no better way to help someone in trouble than to put them firmly at the centre of their existence… they usually need to re-orient themselves and find something worth living for. However, one only has to look to the work of the Acton Academy to see how these principles work out when applied to children. It would be very unlikely you’d ever have seen many children so energised and completely engaged with the act of being alive, totally engrossed with their own learning journey and without any external coercion whatsoever.

Probably the best way of demonstrating this is by letting the Acton Eagles, elementary/primary students briefly explaining this perspective in their own words:

By helping young people to recognise their genius, whatever that may be… we can help them to live meaningful lives… for the rest of their lives. Maybe they find they have a green-fingered manner with plants? Maybe they have a gift for listening? Maybe they have a way with words or a mind which is alive with inventions and fresh ideas? Maybe they simply have the ability to stay calm when others are losing their heads? In each case, helping that individual identify their skills and talents at an early age better equips them for a long and gratifying life.

By helping young people to recognise the significance of their own lives… not in terms of fame or wider social recognition… but just for the simple fact of being alive and doing the best they can with this time here on earth… they can hopefully make the most of this once in a lifetime opportunity.

If we want to see a world in which humanity brings it back from the brink, let our children connect with the heroes and genius inside of each and every one of them.