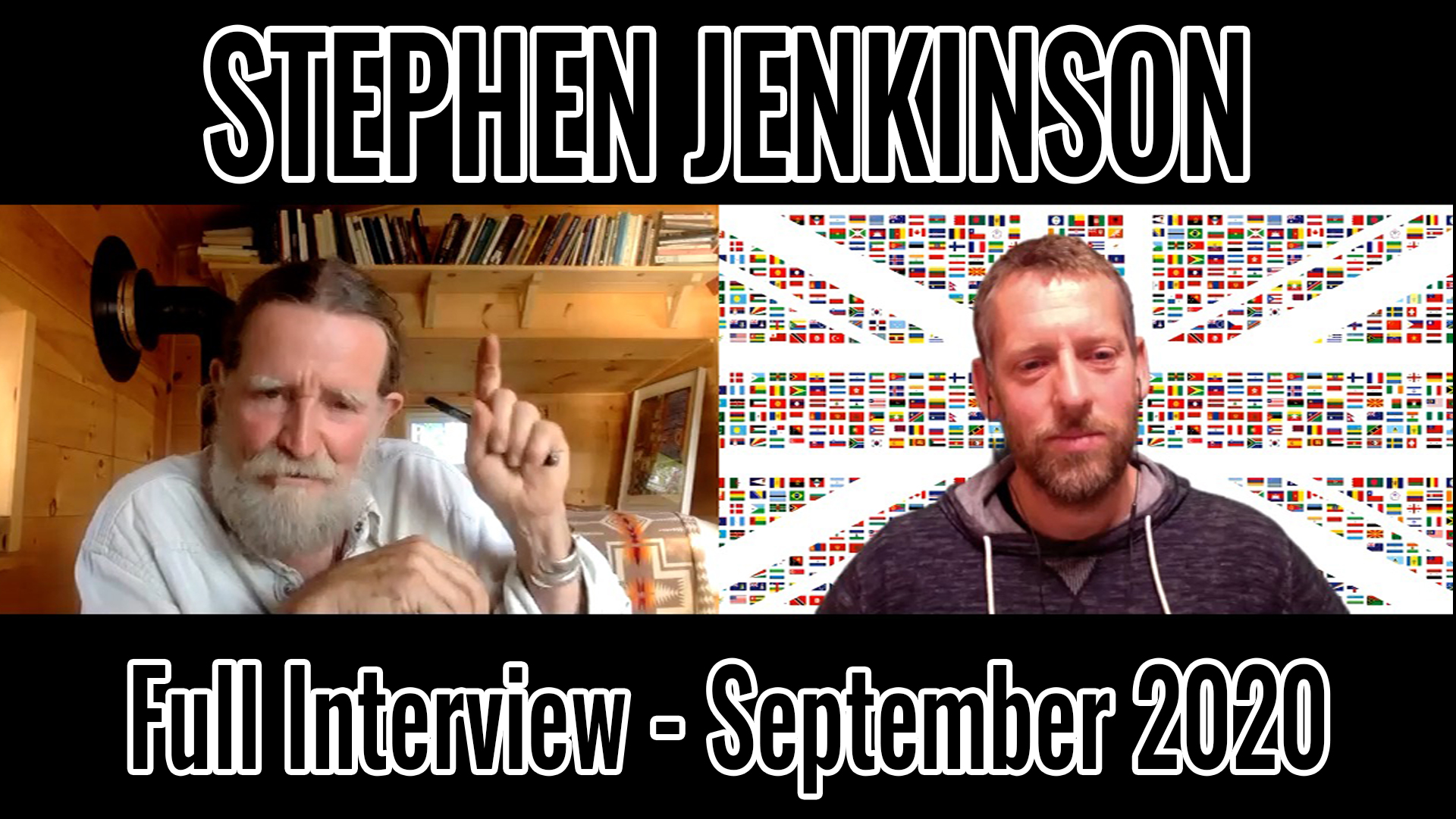 Truly counting our blessings this week, we are delighted to have been able to conduct our very own Stephen Jenkinson interview. The brilliance of this man is not to be understated, someone who has shown true genius in a whole range of domains:

Most notably, he has accompanied hundreds of people as they were in front of their deaths and witnessed them in their varying degrees of torment. It was his experience of what he refers to as the Death Trade that projected him into the media spotlight. Once referred to as the “Angel of Death” by a newspaper, most of his notoriety derived from a documentary about him called Grief Walker.

Although he claims not to be self-taught, he brings his own unique style and flair to everything he touches.

Having spent hours and hours reading his books, articles and listening to this eloquent man in countless interviews, it’s quite surprising that we should have had anything else left to ask him. On the contrary, it was incredible to be able to ask him to veer off his traditional topics and ask him about subjects he has rarely addressed, somewhat surprisingly.

The ability to be able to connect with incredible minds from far away like Stephen Jenkinson is a miracle of the internet age and one we are truly grateful for. DO listen to this interview in full if you want to venture into one of the deepest thinkers alive today.

Despite all of our best efforts, we were unable to ask everything we could have wished to ask him, perhaps we’ll ask for another opportunity to speak again in the future. However, seeing as we went over our one hour allotment fairly significantly, we’ll be leaving it for a while before we make any further requests.

If you haven’t had the great good fortune to see a Stephen Jenkinson interview or watch his live shows, please check out our upload and his two new albums, fascinating journeys where he shares stories rich with experience to the musical backdrop provided by Gregory Hoskins and his band. Given the current restrictions on touring, these albums are as close as you’ll be able to get for a while.

We are likely to feature this Stephen Jenkinson interview in the forthcoming issue of Genius!