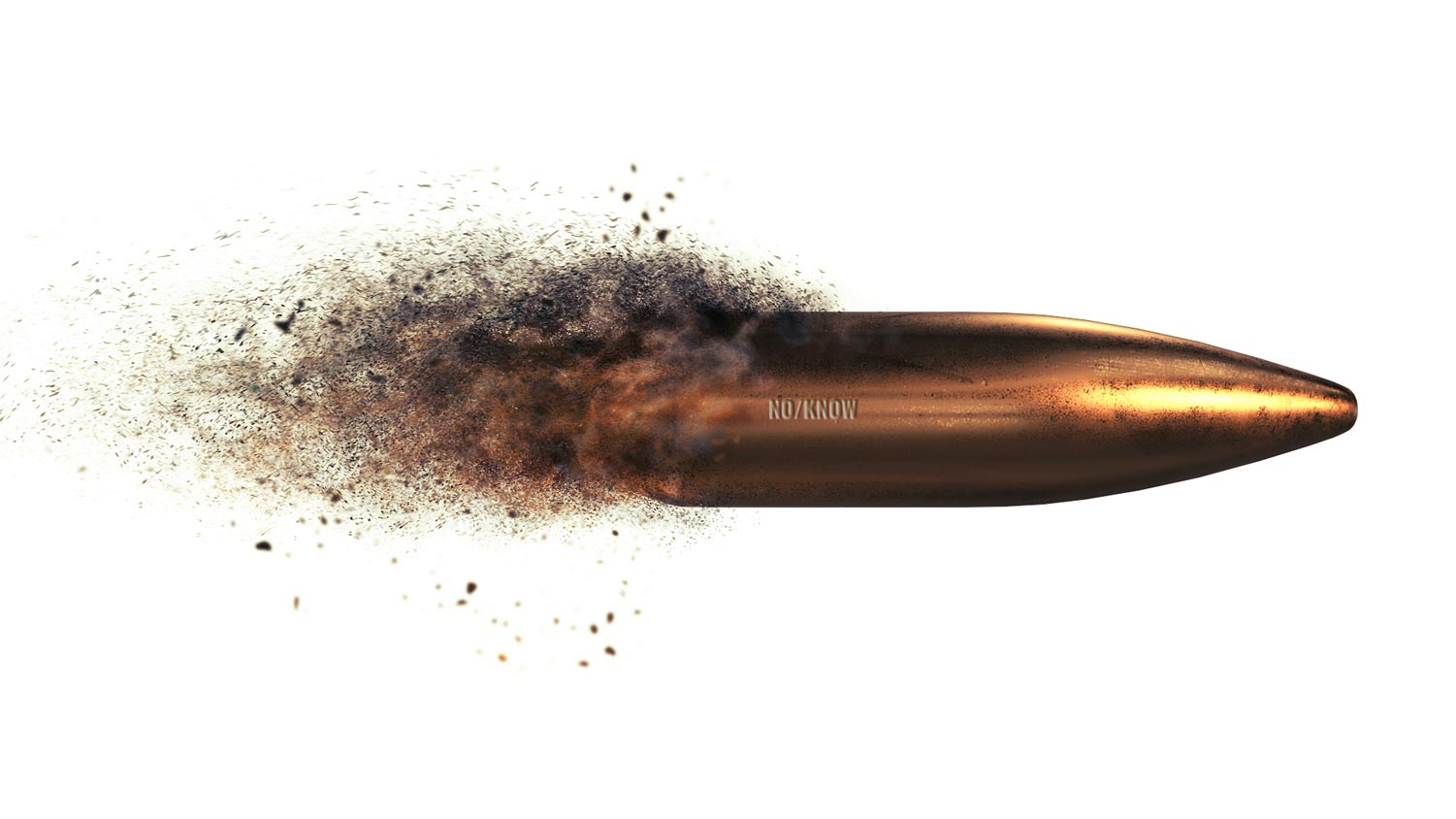 Just lately I’ve been considering the importance of possibly the most vital word in a parent’s vocabulary. However, there are many parents who’ll avoid using it at all costs and the absence of this word can lead to a lack of boundaries and nightmares for all concerned. It’s overuse can also lead to real issues. So, what is a knowledge bullet? It’s a reference to a small yet very important word found in every language on earth. It’s possibly the most condensed form of transferrable knowledge we can find, most effective when it’s the approximate size and shape of a bullet, a projectile ready to be launched with deadly accuracy at lightning speeds.

No/Know… You Do… or They Will.

This homophone, /nəʊ/, has two related meanings but the connection might not be immediately obvious. “No” and “Know” have a time element that connects them. One is used before a disaster and the other one arises because of the disaster. Either someone listens to an authority when they say “NO!” (before something terrible happens)… or they don’t… and later… they’ll eventually come to KNOW. If we don’t listen to the advice of people who know better, we usually find out for ourselves, one way or another.

Many parents struggle with the idea of being an authority because the word has some terrible associations. Authority is often abused and we all know how painful that can be. However, the root of the word lies in author… the person who tells us how a story goes. The authority is the person who writes the script for any given situation… whether the authority is a bus driver on their bus, a carpenter on the job, a teacher in the classroom, a manager or a parent. So what stories are we writing for our children?

If our children are going to grow up strong enough to not allow themselves to be abused and taken advantage of… they need to know their own boundaries… and they’ll learn about that from how we model ours. That’s a big issue given that many people struggle to maintain healthy boundaries. But that aside… how can we use the knowledge bullet to best serve our children?

The Knowledge Bullet – a Limited Arsenal

Firstly, don’t overuse it. If we water down and dilute the effectiveness of our ‘no’ by saying it too much, it won’t have the potency required when it’s really needed. One could think of us having just a limited supply of effective no’s and when they’re spent, they’re gone. If a child endlessly hears the word “No”, it simply becomes wallpaper, an almost invisible backdrop to the everyday activities.

The Siren of Imminent Danger

“No!” When we hear this word, our first reflex should be to stop… immediately… for our own sake. Someone is trying to save us from imminent harm. That’s why we need to use it judiciously.

These situations of danger could also include when our child’s behaviour goes against our deepest wishes. We have to be aware that if we allow children to do things that really upset us, they’re in danger of confronting the rage of an out of control adult, a pretty scary and intimidating encounter.

The Knowledge Bullet in Action

Screamed from 100 metres away, my children can feel the word as a tingle down the back of their spines, rendering them mobile immediately. This precision ammunition, fired with accuracy over great distances (as well as at close range) can engage full compliance immediately. It’s not because my children fear me or that they’ve been punished, they simply know that I know… that I have their best interests at heart and that I know what’s best… they trust me.

Careful not to waste the word… I find other ways to indicate my preferences like body language, stern looks, using their name, alternative suggestions, a firm touch, rapid and convincing distractions. Whatever happens, I’m keen to resist saying no unless it really matters.

I’m really learning to ask myself if a “No” is really necessary.

Why stop my child from lying on the grass? Does it hurt if they get a bit dirty? Why prevent them from walking on the wall? Don’t they need to develop their balance? Why stop them licking the window? Doesn’t their immune system need the practice?

So many of the times parents intervene and ward their children off something it is an unconscious repetition of “what parents are supposed to do”, an easy reflex which often comes from our own parents and the culture itself. The continual insulation of children within protective bubbles does not serve them at all. This can be particularly challenging for mothers who have to be soft and nurturing one minute and tough the next but that’s for another post.

It’s easy to see parents hovering over their children saying “Don’t touch this, don’t go there, don’t do that…” but to what end? Their children quickly learn to ignore them and this just leads to greater frustration all round.

As with all things, it requires some discipline… but we can begin by asking ourselves… are they really in danger?

To Scare or to Scar?

One obvious danger comes from our children not listening to us and then we as all-powerful adults, building up resentment. We need to be careful about letting our children develop disobedience because everyone will suffer eventually… especially the day we crack. That happened to me with my first child and I scared her… and perhaps scarred her… who can say? Only she will be able to resolve that if she undergoes psychotherapy or some serious self reflection in the future.

The battles we have with two and three years olds are important because is if we don’t draw lines and maintain them in those early years… the battle will be fought for many years to come… only with an ever more powerful ‘enemy’, eventually wielding teenage size weapons. Not only that, our precious children will become all that more vulnerable and less capable of assuring their own boundaries.

There’s no escaping the fact that the onset of parenthood is the unannounced initiation into the University of Life… for real.